Edmund Kara (1925-2001) led a remarkable life. His wood sculptures ranged from heads and masks to life-sized and abstracted figures. 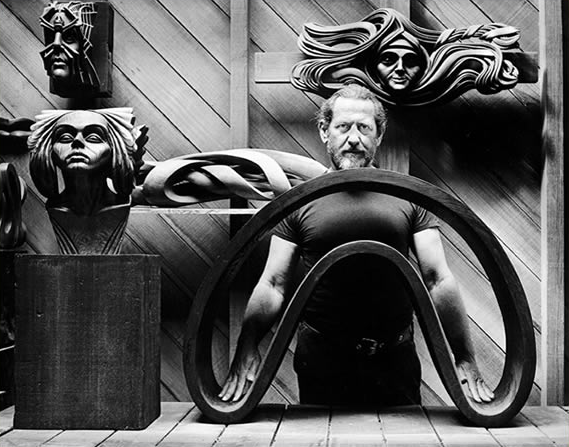 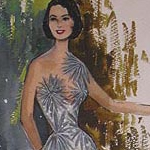 Kara’s sculptures inhabit the realm of the magical, the mythic, the archetypical. He utilized the characteristics of the wood he worked with and created both figurative and abstract sculptures of enduring beauty.

He was particularly drawn to the human face and sculpted many masks and heads, including “Momus,” the god of cosmic hilarity, “Sleeping Diana,” and “Bitch Goddess.” His major pieces on epic themes include the “Seven Deadly Sins,” which consists of seven redwood burls carved as seven mythic animals. Lust is a unicorn with a phallic horn. His life-sized carving of Moses is another masterpiece, as is his sculpture of John the Baptist, known as the “Headless Angel.” The “Phoenix Bird,” on display outside Big Sur’s Nepenthe Restaurant, has drawn the admiration of many visitors.

And his sculpture of Elizabeth Taylor, used in the film The Sandpiper, brought Kara much attention in Hollywood and beyond.